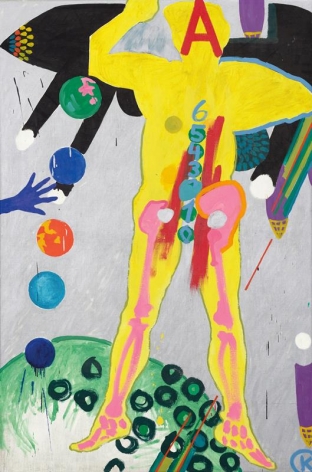 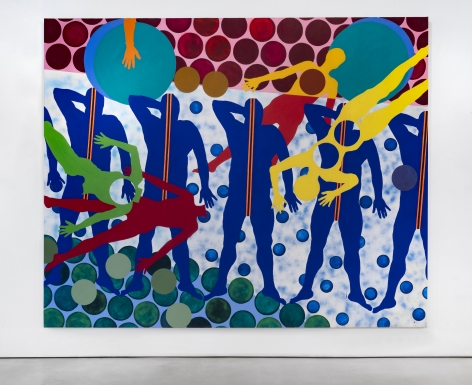 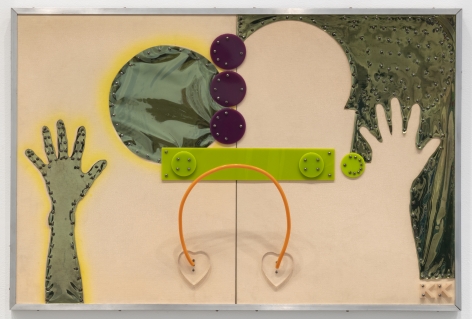 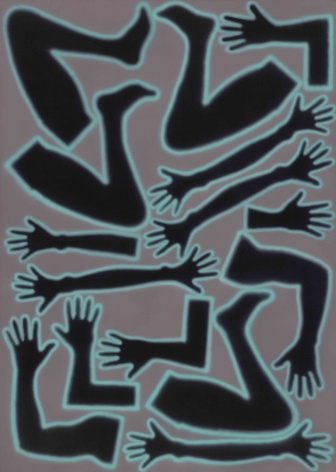 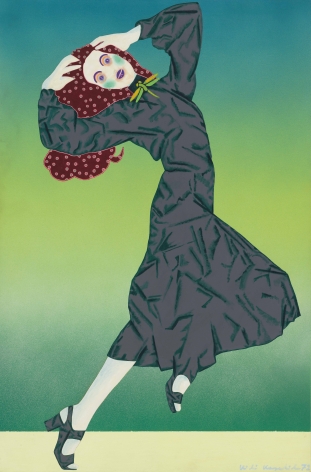 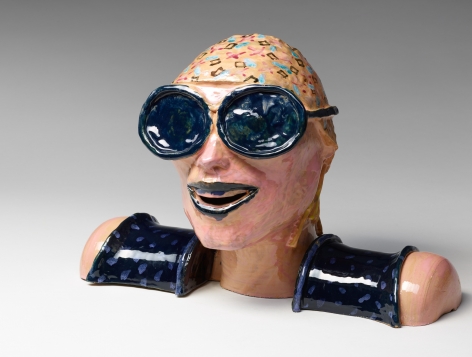 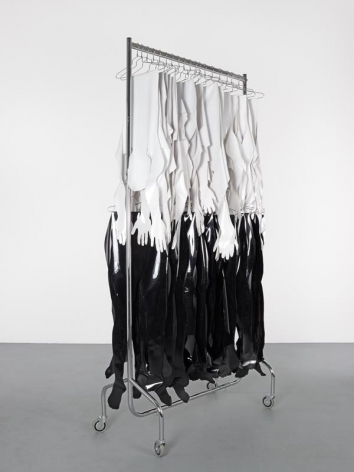 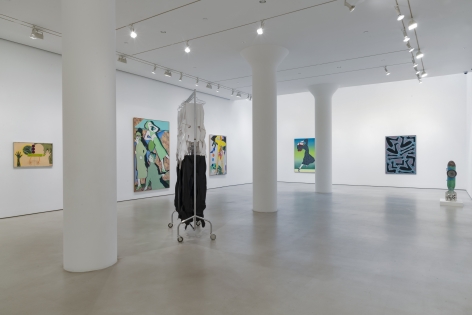 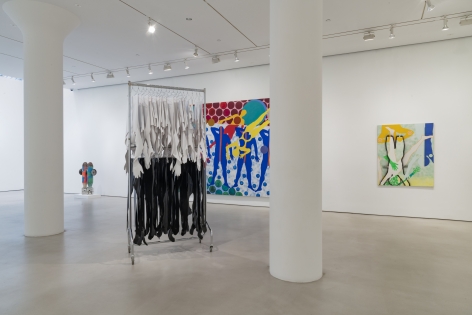 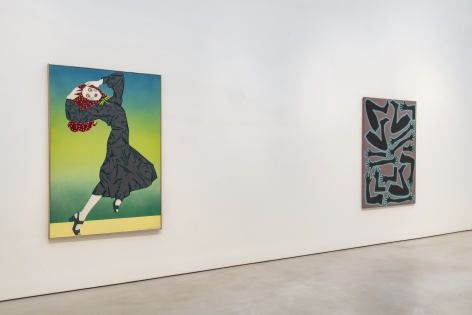 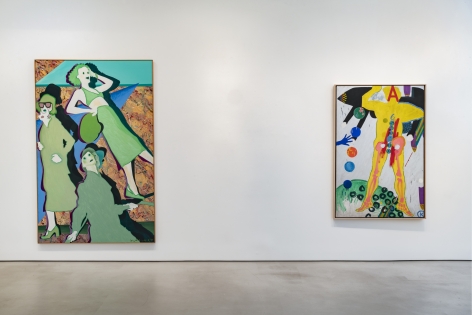 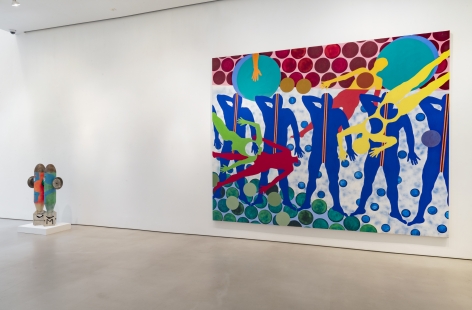 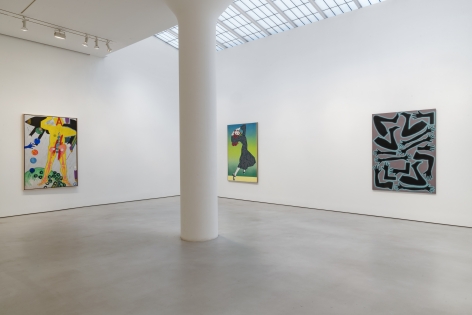 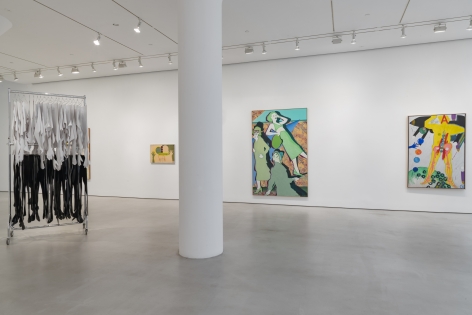 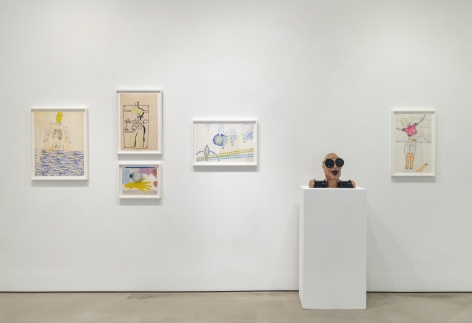 Mitchell-Innes & Nash is pleased to present its inaugural exhibition of works by artist Kiki Kogelnik (1935–1997). This exhibition will take place in the gallery’s Chelsea location and will feature paintings, sculptures and works on paper spanning two decades from the early sixties to the late eighties. Kiki Kogelnik will be accompanied by a fully illustrated catalogue, with an essay by Dana Miller.

In a life and career that encompassed multiple continents, disciplines and movements (both political and aesthetic), there was one constant in the work of Kiki Kogelnik: the body. Through her tracings, cutouts and paintings of the human figure, Kogelnik captured the silhouette of contemporary society and its ever shifting ambitions and concerns. At once buoyantly glamorous and deeply sincere, Kogelnik’s practice reflected the discordant aura of the decades that followed the Second World War—a period marked by both achievement and upheaval, trauma and rebirth. Indeed, Kogelnik, born in Austria but living and working in New York for most of her life, was moved by both humanity’s ability to send a man to the moon as well as its capacity for nuclear annihilation.

Some of the earliest works in the exhibition highlight Kogelnik’s fascination with the technological advances made in computing. Created with body tracings and anatomical stamps, these works dating from the mid- to late-1960s show android-like figures intermingled with circuit boards, wires and pieces of machinery. Not only do these works reflect the innovations (and imaginations) spurred on by the digital revolution of the 1950s and 1960s, but they also emphasize Kogelnik’s interest in fields where women were largely excluded or marginalized.

In the 1970s, Kogelnik began making a series of paintings using imagery appropriated from fashion advertisements, thereby issuing a critique of the representation of femininity by mimicking its very archetype in the mass media: stylish consumers of fashion who, in their statuesque poses, become themselves objects for consumption. In its figurative detail and adoption of appropriation strategies, works like Dynamite Darling represent a distinct departure fromthe body tracings of the previous decade, where only the silhouette of the human form is given.

The latest piece in the exhibition is a 1986 sculptural installation from her Hangings series titled Divided Souls. Here, Kogelnik gives three-dimensional form to her tracings, using them as templates for vinyl cutouts suspended from a steel garment rack. Inspired by the racks of clothing being pushed on the streets in front of her Garment District studio, the sculpture is a tongue-in-cheek interpretation of the “hanging of art” while also making a comment on the marketplace of culture and its parallels to the fashion industry. Like most of her work, the polished simplicity of the Hangings belie the messy and complex realities they represent, touching upon issues of race, gender, war and violence. Indeed, at a time when the lofty and self-referential practices of Conceptual art were in vogue, Kogelnik’s practice sought to reaffirm art’s ability to reflect and affect reality. 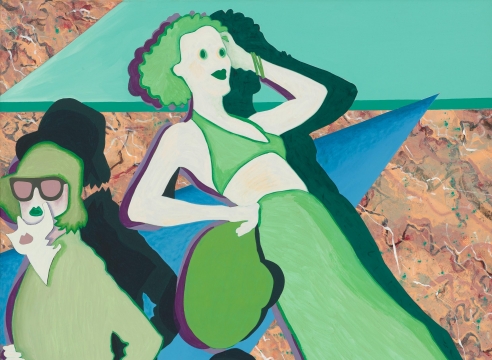 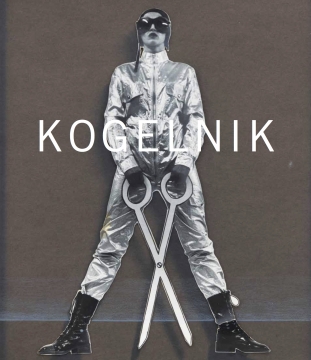 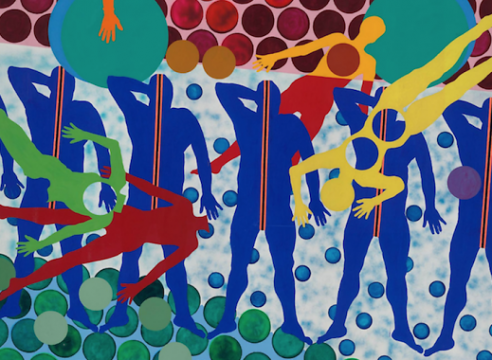 Born in Austria, Kiki Kogelnik (1935–1997) moved to NYC in 1961, just as Pop Art was starting to take off. While her oeuvre is generally associated with that genre, it wasn’t about the cartoons, product brands, celebrities, advertising and other subjects associated with Warhol, Lichtenstein, Rosenquist, etc. Rather, her paintings and sculpture bounced off of couture design for sly observations on gender and the constraints imposed on women by culture and commerce. Bodily silhouettes in punchy colors were a frequent motif, whether they were painted into overlapping compositions that combined figures and geometric patterns, or cut out of vinyl sheets before being draped on hangers or pipe racks like so many pieces of shmatte or flayed skin to suggest the ways that culture uses up and disposes of women’s bodies. During her lifetime, Kogelnik struggled to be recognized, but as this show proves, her work has begun to earn posthumous acclaim for its piquant feminist commentary. 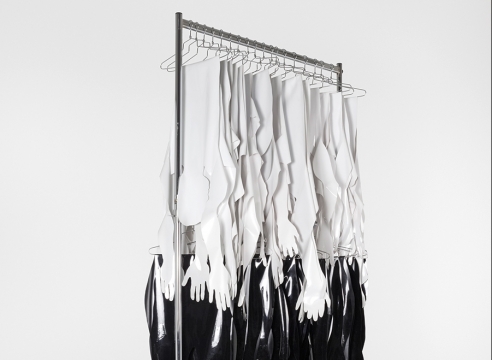 By Orit Gat
The Shows You Need to See in New York this July
Frieze June 28, 2019

This first presentation by Mitchell-Innes & Nash of Kiki Kogelnik’s work at their Chelsea space includes several of the artist’s colourful, large-scale paintings of women from the early 1960s and ’70s – many of which also feature the circuit boards and wires of the new technology that she found so fascinating. A later sculpture, Divided Souls (c.1986), extends the paintings into real life: female silhouettes cut from vinyl dangle from clothes hangers on a metal garment rack. Evoking the flayed skins of martyred saints, like Michelangelo’s depiction of St. Bartholomew in The Last Judgement (1536–41), they’re a reminder that, despite its Pop sensibilities, the late Austrian painter’s work was always marked by ambivalence. 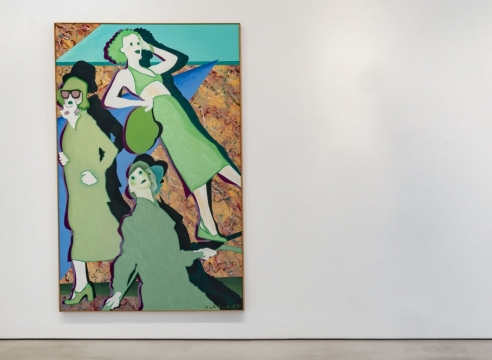 by Johanna Fateman
Goings on about the town: Kiki Kogelnik
The New Yorker June 19, 2019

This Austrian artist, who spent most of her life in New York—she died in 1997, at the age of sixty-two—brought the ebullience of Pop to her Cold War critique of advertising culture. The result is serrated gaiety. This delightful show gathers works from the early sixties to the late eighties, including a wealth of colorful canvases, a cartoony ceramic bust with enormous sunglasses, and a rolling clothes rack hung with silhouetted figures cut out of vinyl. The painting “City,” from 1979, retains the glamour of the fashion spreads from which it probably borrowed its chic women in green ensembles. Nothing seems amiss about the models, who are set against an expertly unfussy trompe-l’oeil marble backdrop—until, that is, you notice that they have glowing voids in lieu of eyes. The sculpture “Bombs in Love,” from 1962, is pointedly saccharine: two brightly painted missile casings adorned with plastic heart baubles snuggle up together, as if to say, Make love, not war. 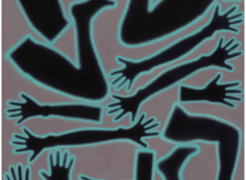 By Will Heinrich
What to See in Art Galleries Right Now
The New York Times June 6, 2019

Kiki Kogelnik, who was born in Austria and who, before her death in 1997, was active in New York, liked to put the human body in silhouette. In her painting “Friends,” a handful of bright figures, some missing a head or limb or with large circles cut right through their torsos, are thrown across a jazzy background. In “Hands,” she painted a group of dismembered arms and legs spread out like letters in a printer’s tray, and for “Divided Souls,” she cut figures out of black and white vinyl and hung them on a garment rack. The woman striking a pose in “Dynamite Darling,” the highlight of Kogelnik’s first show at Mitchell-Innes & Nash, isn’t technically a silhouette because she isn’t a monochrome, but she’s definitely flat. 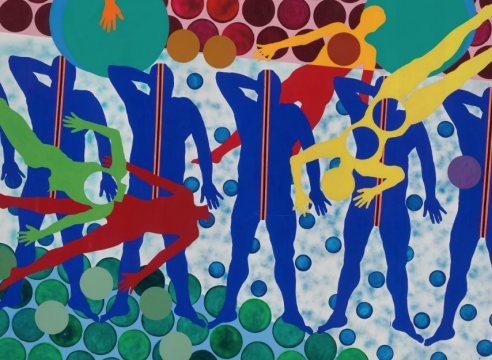 by Scott Indrisek
Hilma af Klint Proved That “Popular” Doesn’t Have to Mean “Stupid”
Garage May 8, 2019

Chic, colorful, and undeniably contemporary, the paintings and sculpture of this Austrian artist could easily find a broad audience beyond the insular art world. Crackling with feminist wit and energy, the works are enigmatic yet accessible. Josephine Nash, of Mitchell-Innes & Nash, has been heartened by reactions to Kogelnik’s works at fairs like Frieze New York; she’s gearing up for the gallery’s first solo exhibition of the artist, opening May 23.