Jacolby Satterwhite is celebrated for a conceptual practice addressing crucial themes of labor, consumption, sex and fantasy through immersive installation, virtual reality and digital media. He uses a range of software to produce intricately detailed animations and live action film of real and imagined worlds populated by the avatars of artists and friends. These animations serve as the stage on which the artist synthesizes the multiple disciplines that encompass his practice, namely illustration, performance, painting, sculpture, photography and writing. Satterwhite draws from an extensive set of references, guided by queer theory, modernism and video game language to challenge conventions of Western art through a personal and political lens. An equally significant influence is that of his late mother, Patricia Satterwhite, whose ethereal vocals and diagrams for visionary household products and ethereal vocals serve as the source material within a decidedly complex structure of memory and mythology. 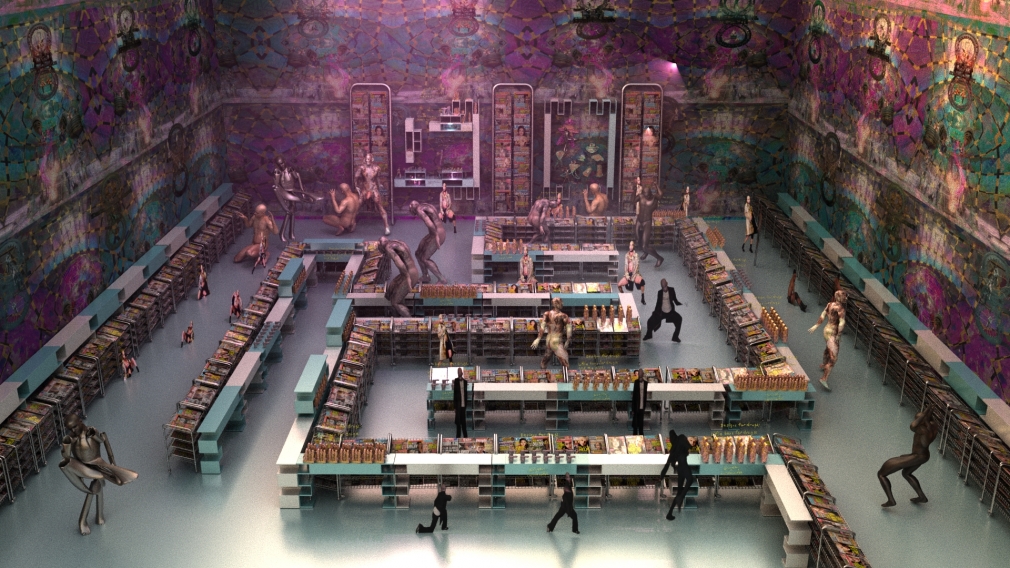 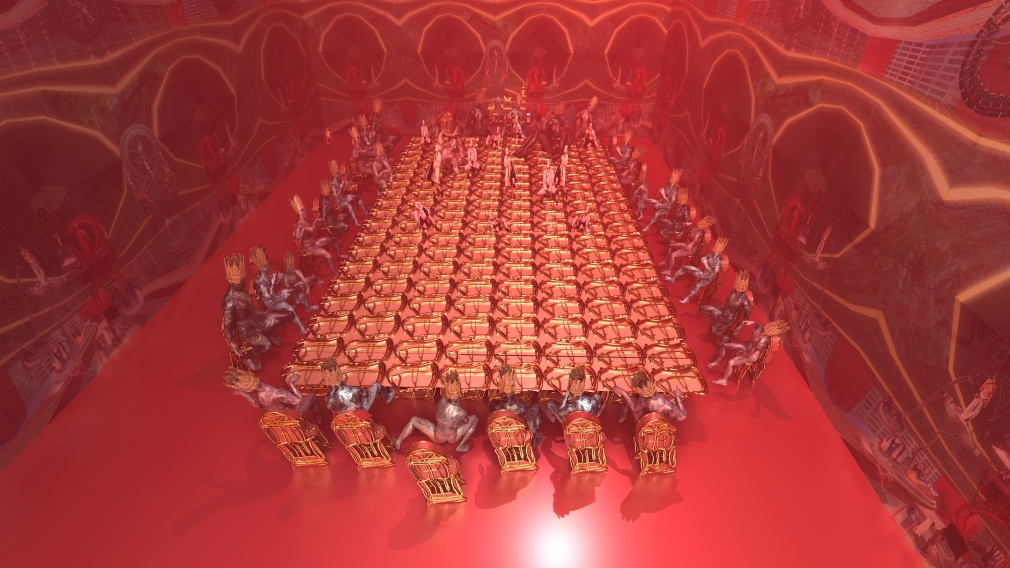 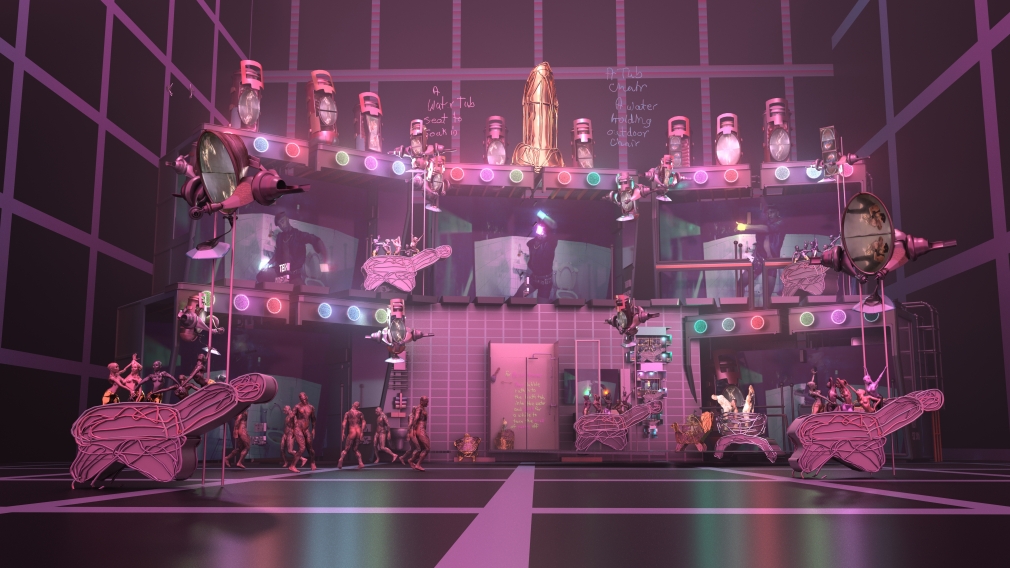 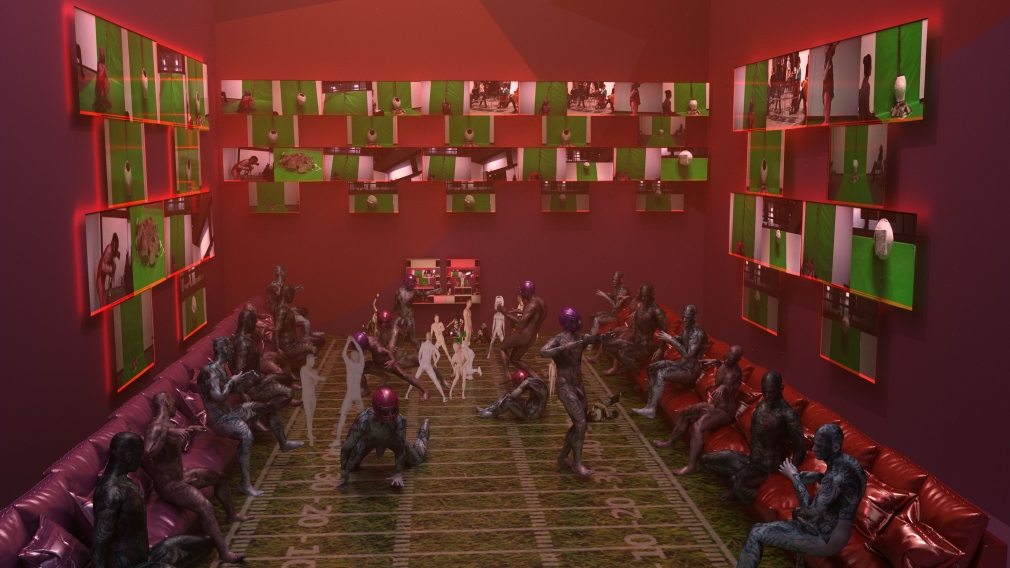 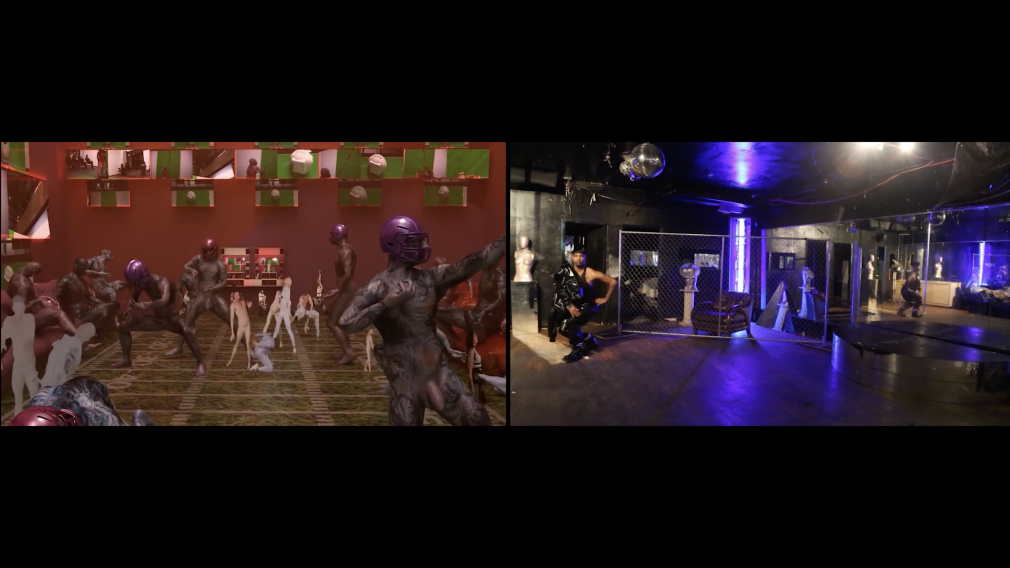 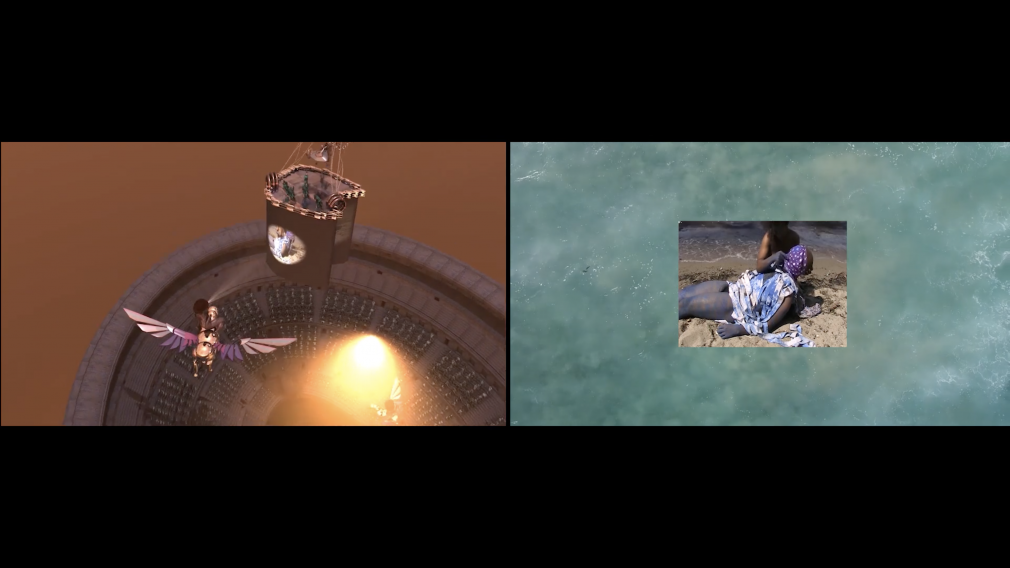 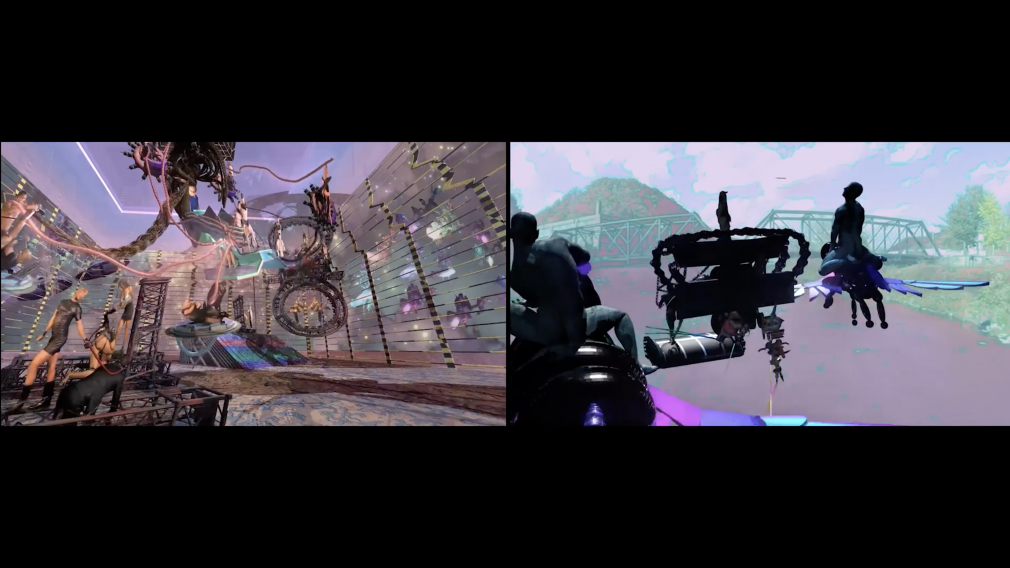 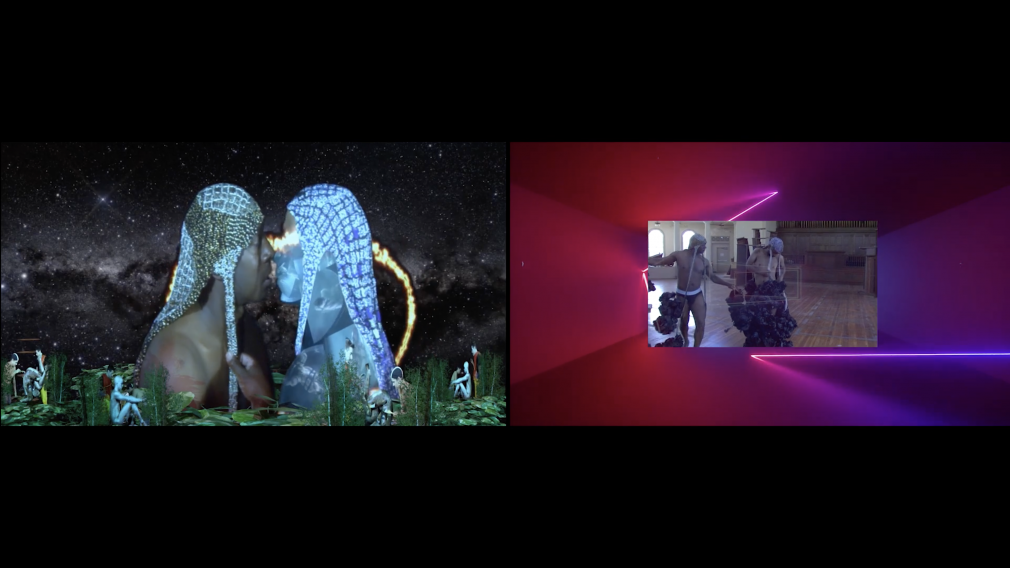 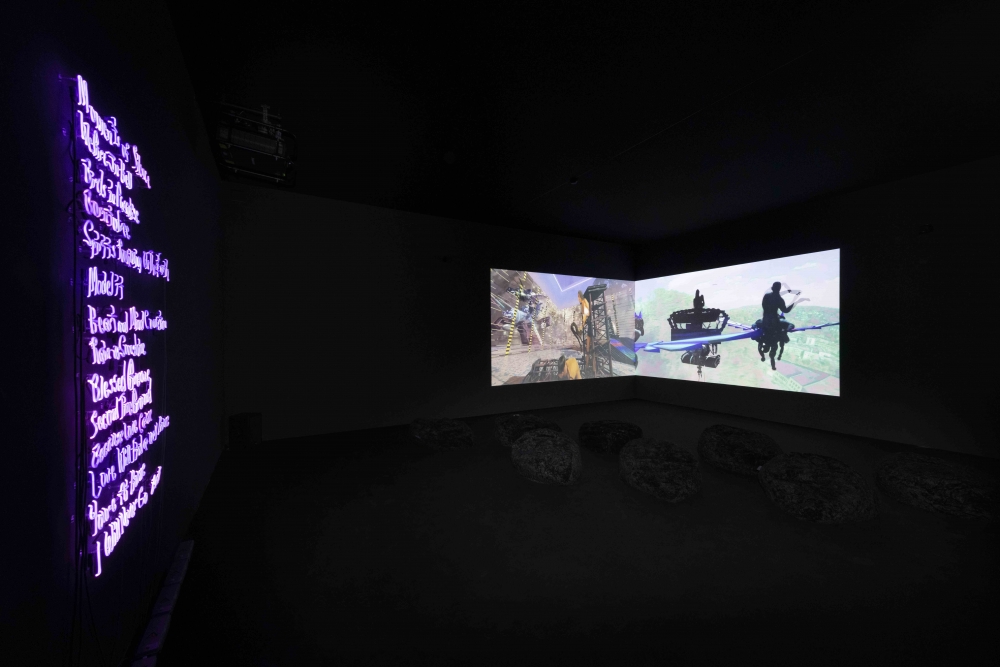 In conjunction with Jacolby Satterwhite's presentation of Birds in Paradise, a four part 2-channel installation at Art Basel Unlimited, Mitchell-Innes & Nash is delighted to showcase a selection of C-prints based on Jacolby's animations. Birds in Paradise titled after a key record that speaks to the visual motifs threaded throughout the work, generates its narrative from an archive of borrowed anecdotes, personal mythologies, drawings and experimental dance performance footage accumulated by the artist throughout his life. 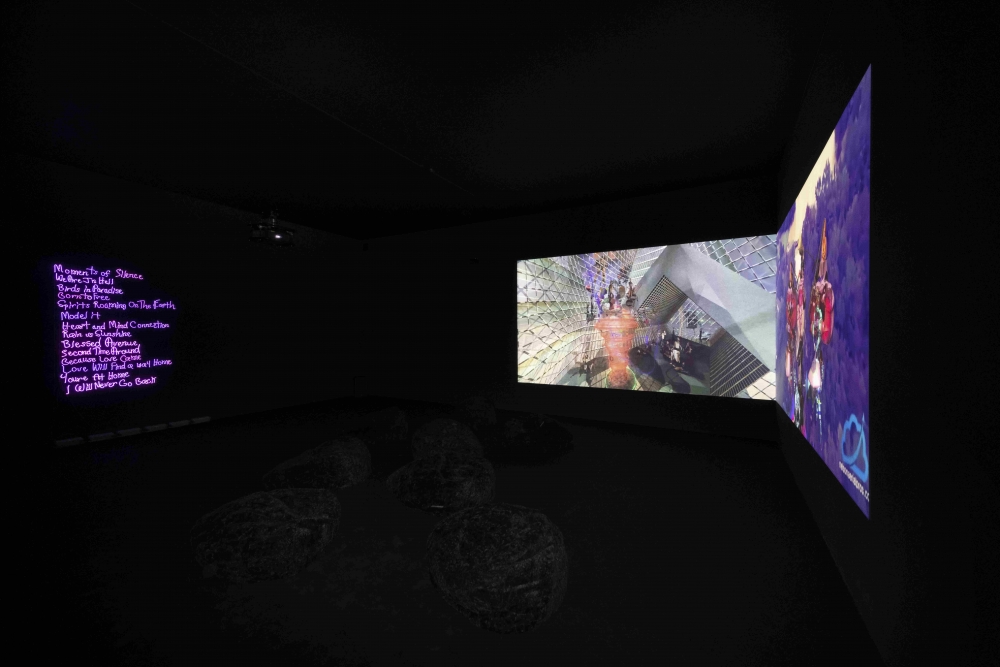 Birds in Paradise is comprised of four 2-channel films, Moments of Silence (2019), Birds in Paradise (2019), Blessed Avenue (Jade Edition) (2018) and Avenue B (2018-19), the first of which can be previewed below. Each film is available individually in an edition of five plus one AP.

Jacolby Satterwhite was born in 1986 in Columbia, South Carolina. He received his BFA from the Maryland Institute College of Arts, Baltimore and his MFA from the University of Pennsylvania, Philadelphia. Satterwhite’s work has been presented in numerous exhibitions both in the United States and in Europe, including most recently at Whitechapel Gallery, London (2019); the Museum of Modern Art, New York (2019); the Minneapolis Insititute of Art (2019); the Museum of Contemporary Art, Chicago (2018); Fondation Louis Vuitton, Paris (2018); New Museum, New York (2017); Public Art Fund, New York (2017); San Francisco Museum of Art, San Francisco (2017); and the Institute of Contemporary Art, Philadelphia (2017).

He was awarded the United States Artist Francie Bishop Good & David Horvitz Fellowship in 2016. His work is included in the collections of the Museum of Contemporary Art Kiasma, Helsinki; Museum of Modern Art, New York; Studio Museum in Harlem, New York; and the Whitney Museum of American Art, New York, among others. In 2019, Satterwhite collaborated with Solange Knowles on her visual album, “When I Get Home." Upcoming solo shows will be presented in the fall of 2019 at Fabric Workshop & Museum, Philadelphia and Pioneer Works, New York.