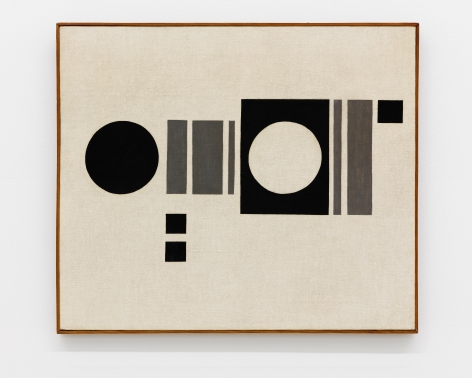 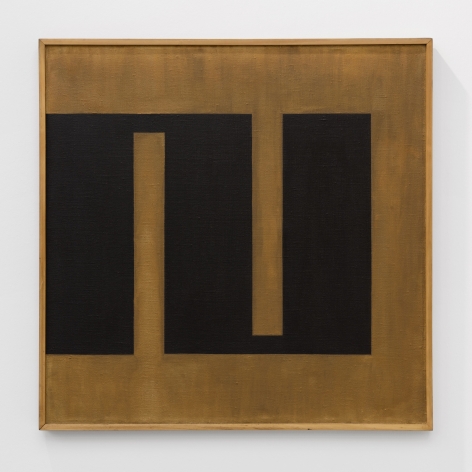 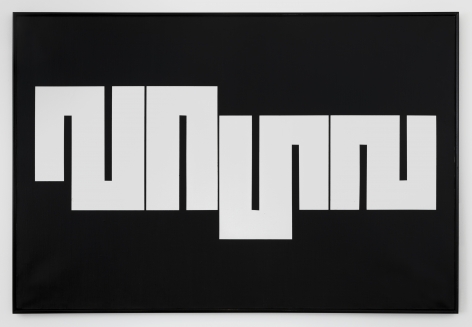 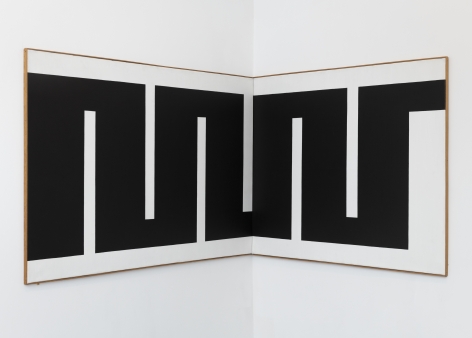 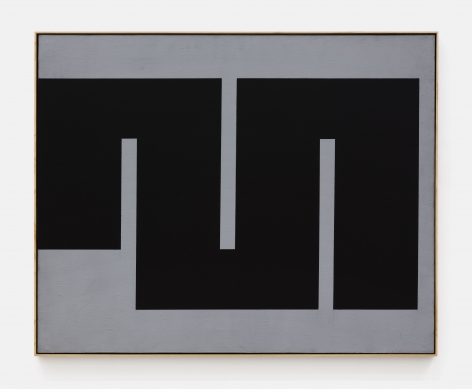 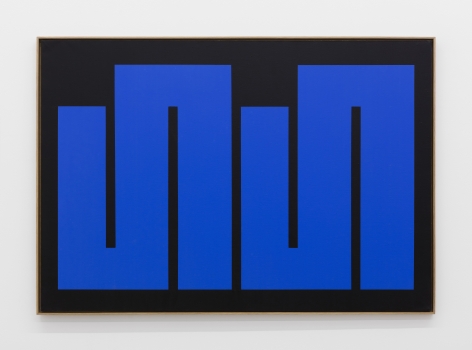 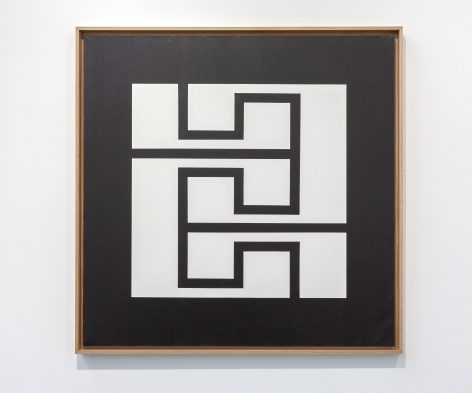 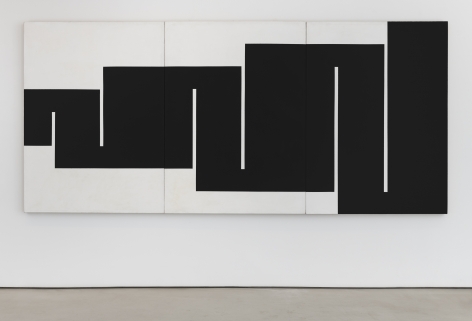 Mitchell-Innes & Nash is pleased to announce its second solo exhibition of works by Croatian artist Julije Knifer (1924 – 2004). Featuring paintings, works on paper and a large-scale mural, this exhibition delves into the conceptual and process-based painting principles of Knifer’s meander—an abstract geometric form that the artist developed in 1959 and which became, through innumerable subtle permutations and various media, the primary, if not sole, visual motif in the artist’s practice.

Born in 1924 in Osijek in what is now the Republic of Croatia, Julije Knifer studied at the Academy of Fine Arts in Zagreb from 1951 to 1957—a milieu which could be described as a hotbed of aesthetic experimentation. However, the highly intellectualized movements that grew out of this environment, specifically Neo-Constructivism, did not sit comfortably with Knifer and, in 1959, he co-founded the Gorgona Group; that same year, as noted previously, he made his first meander work.

The Gorgona Group (1959 – 1966) was a loose consortium of artists working in various media that subscribed to an “anti-art” agenda. Disillusioned with, or perhaps skeptical of, the lofty ambitions of bourgeois modernism, the Gorgona Group made work that reflected a nihilist counter perspective. Indeed, the intentional and relentless repetition of the meander recalls the concept of eternal recurrence, an idea that was central to the writings of Friedrich Nietzsche and which underscored Knifer’s proto-conceptual questioning of art’s transcendental power.

The severe simplicity of Knifer’s work is, above all, a kind of aesthetic distillation that divorces form from not only its descriptive obligations but also from its long-held role as a vehicle for symbolic and philosophical meaning. In this, Knifer’s work paradoxically invites and rejects interpretation. The meander becomes a language we cannot understand but which, like music, we are capable of intimately feeling.

I wanted to go towards the minimum, towards simplification. After reading Stravinsky’s phrase that music is nothing but rhythm, I thought, why not apply this idea to a flat surface?

This exhibition is organized in conjunction with galerie frank elbaz, Paris. 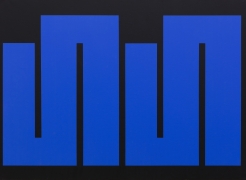 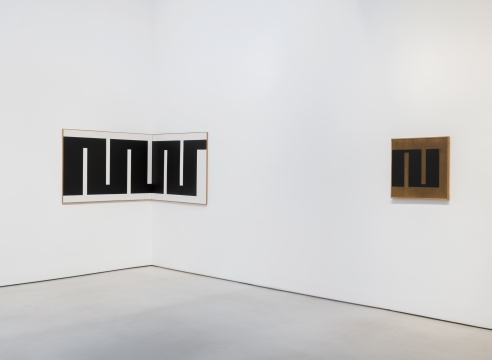 When Yugoslavia broke with the Soviet Union in 1948, it jettisoned Socialist Realism in favor of its ostensible antithesis, modernist abstraction. The de facto state style of the 1950s and ’60s was what the literary critic Sveta Lukić called “socialist aestheticism”: an art-for-art’s-sake modernism that stressed formal experimentation above all else, projecting an image of enlightened liberalism as a counterpoint to Soviet dogmatism. Croatian artist Julije Knifer (1924–2004) responded to this affirmative milieu with black irony, riffing on geometric abstraction in “anti-paintings” characterized by a deliberately meaningless monotony. Knifer spent virtually his entire career painting a single motif: a meander pattern formed from interlocking right angles.