Best known for her large-scale sculptural installations that engage architectural space and the viewer through dry humor, Monica Bonvicini rejects categorization and questions elements of control, gender, and power embedded in images, language and physical space.

The exhibition at Mitchell-Innes & Nash will be anchored around an installation titled Structural Psychodramas #2, in which the artist uses temporary walls in the gallery to create a new architectural environment. The walls will be bare and slightly lifted, supported by small murano glass sculptures underneath. As the title suggests, the work is part of a new series in which the artist uses the walls of institutions and galleries to undermine the structural functionality of such places, while also prescribing them with an open possibility for an imaginary performance.

Two monumental pictorial works will occupy the gallery’s east and west walls. The first, a black-and-white varnish painting in four panels titled Mountain Town 2015 depicts a California house burning from a wildfire, its structure reduced to a bare framework. Beginning with a series of disaster paintings in 2006, notions of catastrophe and destruction have been recurrent themes for Bonvicini.  The present work belongs to a more recent series focused on man-made catastrophes, mostly homes being destroyed by natural causes, which are the consequences of the effects of global warming.

The second large-scale image is a wallpapered photograph that depicts two male workers building a brick wall. The image recalls a billboard advertisement, but without geographical identifiers and with the workers faces obscured.

While Bonvicini takes advantage of disparate materials and mediums, her works as a whole function as equally significant aspect of her practice. Through an ongoing engagement of physical and psychological space, the viewer becomes an integral, yet indiscernible, part of the work. 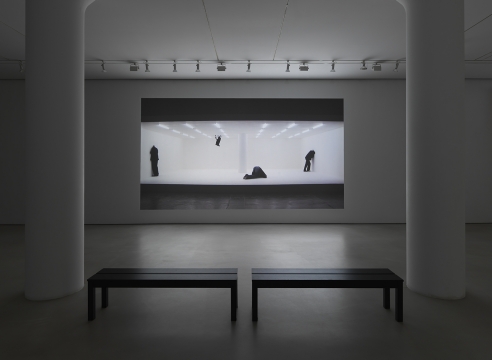 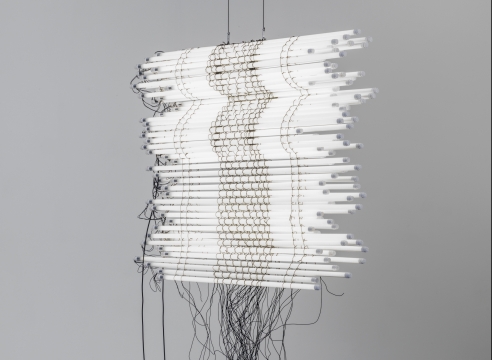 For this exhibition, the Italian-born, Berlin-based artist Monica Bonvicini bisected Mitchell-Innes & Nash's main space with a temporary wall supported by two small, dildolike "sculptures" in Murano glass resting on the floor. The installation, Structural Psychodrama #2 (2017), succinctly encapsulated the central theme of her work over the last twenty years: the imbrication of sex and architecture through relationships between the body and its shelters, barriers, props, and frames. As Bonvicini put it in a 2004 interview, "You have something under your belt and something over your head. And you need both." 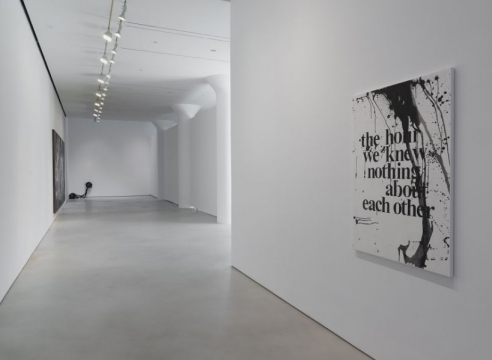 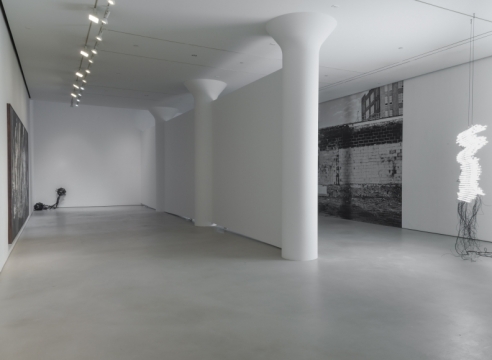 Press
Goings On About Town
The New Yorker March 3, 2017 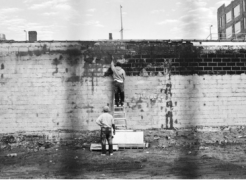 Over on 25th street, Monica Bonvicini’s solo show at Mitchell-Innes & Nash, RE pleasure RUN, conflates erections with erection—construction—of architectural elements, including walls, in an S&M-tinted play on gender roles, production and displays of power and gratification. Mitchell-Innes & Nash is also showing at the Independent Art Fair, with work by Pope.L. 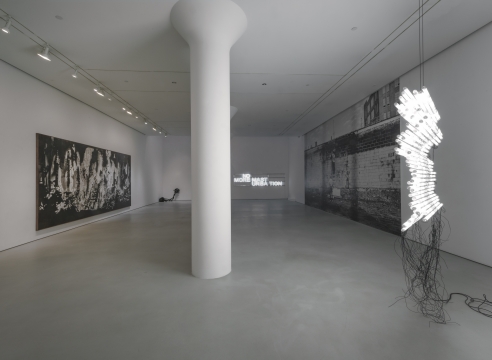 BY CASEY LESSER AND DEMIE KIM
The 20 Shows You Need to See during Armory Week
Artsy February 25, 2017 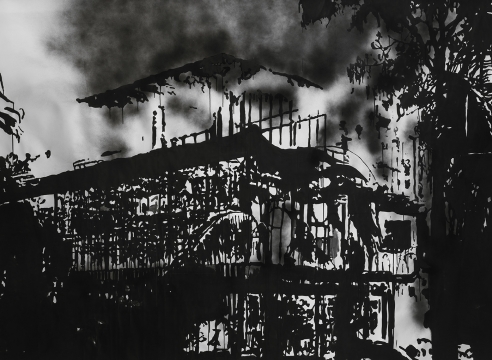 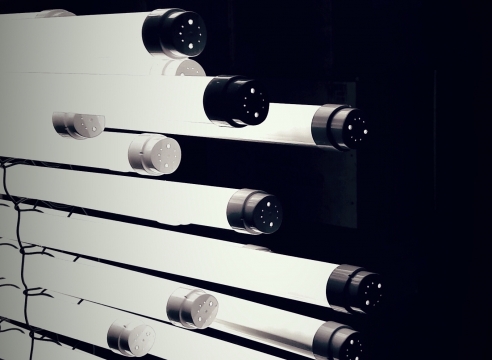 There’s something undeniably seductive about Monica Bonvicini’s work. Whether it’s a neon sculpture or painting of a burned-out building, her (usually monochromatic) pieces have a vaguely S&M quality and wouldn’t look out of place in the background of a high-fashion editorial photoshoot. But beyond looking good, they’re subtly loaded with content. Bonvicini speaks to structures, both literally (as in the architectural sense) and figuratively (as in those of power). 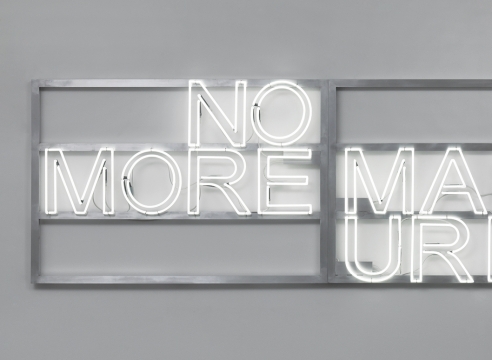 BY The Editors of ARTnews
9 ART EVENTS TO ATTEND IN NEW YORK CITY THIS WEEK
Artnews February 20, 2017

It’s been ten years since Monica Bonvicini had a show in New York. This week, she’ll return with “RE pleasure RUN,” her first solo show with Mitchell-Innes & Nash.