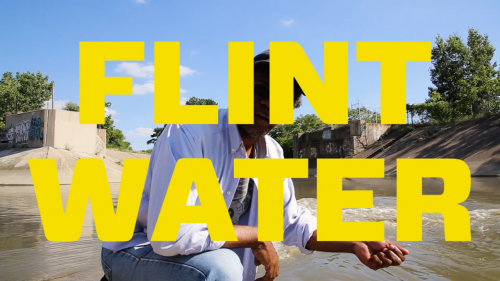 Chicago-based artist Pope.L, who has been making public interventionist art for over twenty years, comes to Detroit artist-run gallery What Pipeline with Flint Water, on view September 7 through October 21, 2017. Conceived by Pope.L as one Midwest city helping another, both struck by similar blight, Flint Water is an art installation, a performance and an intervention that calls attention to the water crisis in Flint by bottling Flint tap water and putting it on display in Detroit.

Flint Water will call attention to the city’s continued plight while raising funds to support Flint citizens in their struggle. All proceeds from the sales of the bottled water edition will be donated to charities that are dealing directly with the water crisis, including the United Way of Genesee County and Hydrate Detroit.

Some facts about Flint water: it may contain lead, E. Coli, legionella and listeria among other disease-causing bacteria. Today the EPA claims the water is safe. However, two years ago the EPA claimed the same thing and tragedy ensued. People died. Others were severely affected. What Pipeline will also serve as an informal information center during the exhibition, providing details about Flint’s crisis and serious water issues happening in Detroit, the Midwest and beyond.

A Kickstarter fundraiser will take place August 7 through September 6 to secure final funding for the project, and spread the word about the exhibition and art edition. For more information and to donate to the Kickstarter, please click here. 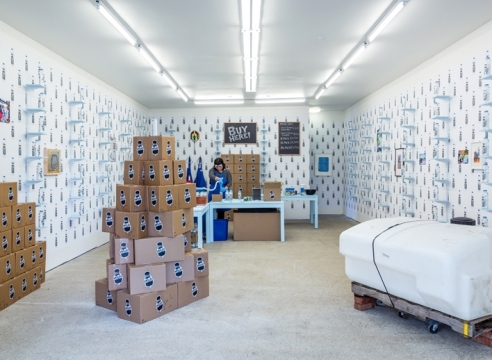 Detroit and its surrounding areas present a case study in urban decline – one that has spurred many artists to work directly with local communities. In Flint, Michigan, for example – a once-thriving industrial city and now a symbol of post-industrial neglect and government corruption – an ongoing crisis over contaminated water has prompted several artist responses. 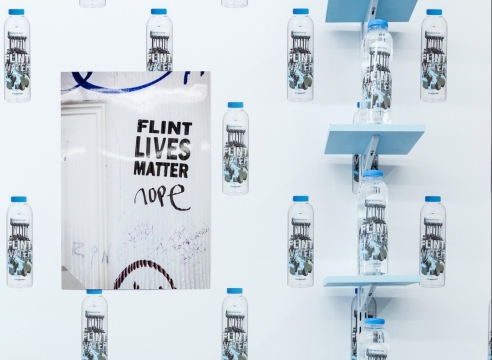 Flint Water Project, supported by the Knight Foundation as part of the Knight Arts Challenge and a Kickstarter campaign, came about when What Pipeline invited Pope.L to create a project in Detroit. The Kickstarter page states, “When Pope.L was asked by What Pipeline to do a commission for Detroit, he felt that whatever he did it should not re-victimize the city as had been done too often in the past. What if Detroit could be the hero and come to the rescue of another Midwest city in need?” 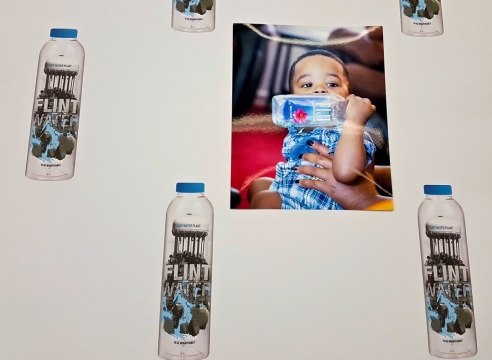 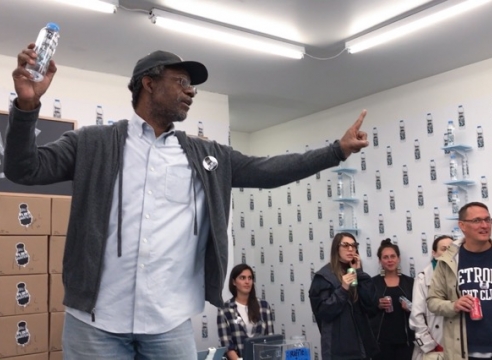 And yet, the "Flint Water Project" cannot be separated from the potential impact it may have outside of the gallery or the homes of individual collectors. Three years after it became widely known, the Flint water crisis is, after all, ongoing, and the human costs are all too real. (The water being bottled and sold at What Pipeline comes from the home of Flint resident Tiantha Williams, whose young son was born prematurely due to complications from her consumption of Flint water during pregnancy.) 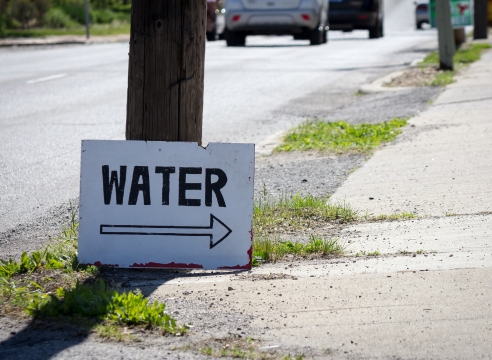 Chicago-based artist Pope.L, who recently won the 2017 Bucksbaum Award for his work in this year’s Whitney Biennial, is raising funds on Kickstarter for an interventionist installation and performance piece that calls attention to the water crisis in Flint, Michigan. For Flint Water Project, the artist will purchase and bottle 150 gallons of polluted water from Flint residents. He will then sell the bottles as limited edition artworks in Detroit. 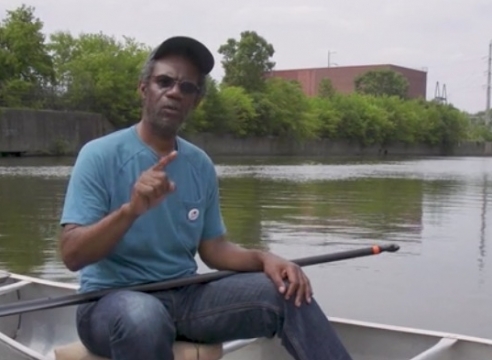 “When Pope.L was asked by What Pipeline to do a commission for Detroit,” the Kickstarter proposal reads, “he felt that whatever he did it should not re-victimize the city as had been done too often in the past. What if Detroit could be the hero and come to the rescue of another midwest city in need?” It adds, at another point, “The goals for his work are several: joy, money, and uncertainty—not necessarily in that order.”